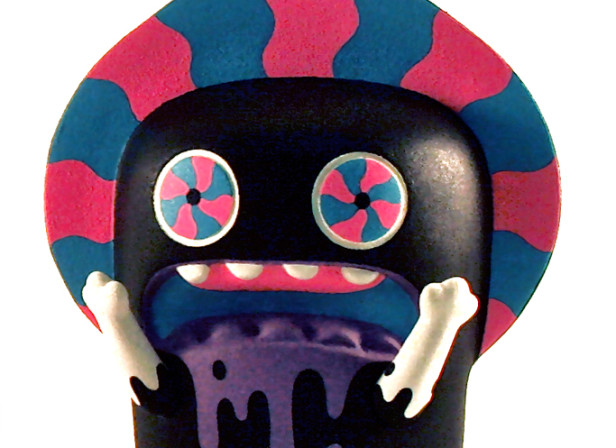 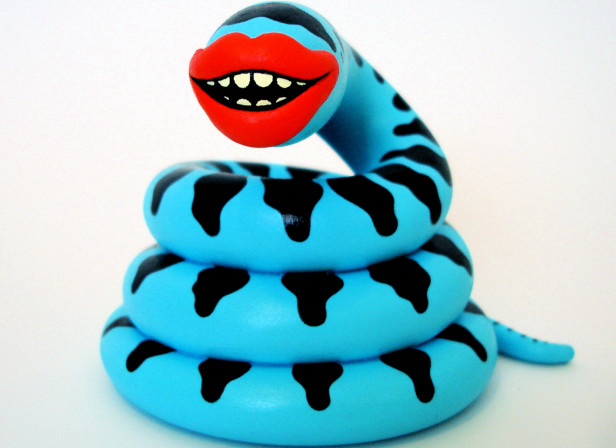 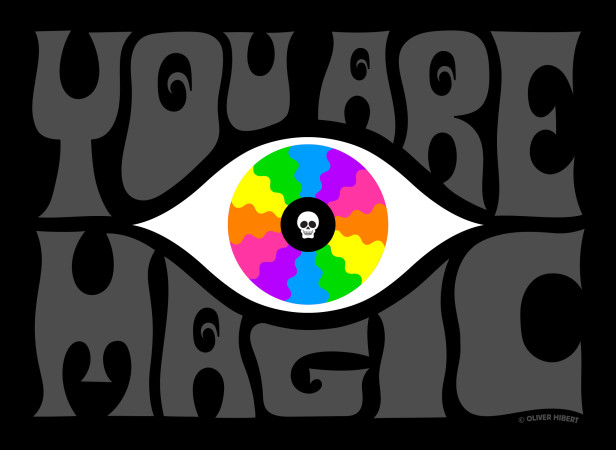 Eye catching, colorful, bold, fantastic and at most times psychedelic is how many describe American artist, Oliver Hibert’s style of artwork. Oliver Hibert was born in Seattle, Washington in 1983. Surrounded by a supportive family of artists, it is no wonder Oliver Hibert began creating art and drawing at a young age. Self taught and determined, Oliver Hibert made his debut in galleries at the age of sixteen. Shortly thereafter, came the impressive art shows at the Phoenix Art Museum and the Tucson Museum of Contemporary Art in Arizona. Oliver Hibert’s bright palette and magical scenes caught the attention of MTV for a music video at the age of eighteen. Oliver Hibert’s particular style of fine art and design is what has caught the attention of numerous retail stores, galleries and museums from L.A. and New York to Hong Kong and London to Paris and Australia. Hibert’s vivid and colorific designs can be recognized on shoes, skateboards, magazine covers, clothing, rock posters and vinyl toys. Most recently, Hibert has designed a full tarot deck and Magical Oracle Board.

Oliver Hibert describes his art as an escape from the mundane, influenced, at times heavily by the music, colors and imagery of the psychedelic 60’s era. Hibert’s iconic style transcends time as it nods to the past, while being so contemporized that it speaks to the future. The art is smothered with busy patterns, alluring figures, super bright colors and plenty of exclamation marks.

Currently, Oliver Hibert works and resides in Scottsdale, Arizona on his desert farm of cacti and one thousand peacocks.