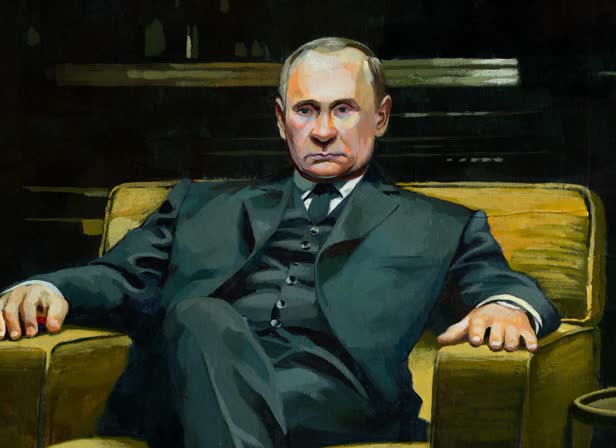 Jon Berkeley is an illustrator, author and caricaturist with over three decades of experience. He was born in Dublin, but a lifelong inability to sit still led him to live and work Hong Kong, Sydney, and London before settling in Barcelona.

His incisive caricatures have been regular features in the Sunday Times, Hot Press and the Irish Independent, and have appeared in the LA Times, Insight, Radio Times, Time Out, GQ, The Irish Times, The Observer and Mojo among many others.

Jon is equally at home working in traditional and digital media. He is always happy to get in at the ground floor on a commission, providing concept sketches with originality and wit, or helping to bring a fresh perspective to maximise the impact of an existing idea.

He has worked on major advertising campaigns for Vodafone, RTE, Smirnoff and Merck. He illustrated the poster for the Arthur Mathews hit musical, I Keano, and designed the identity for the Hong Kong Mandarin Oriental's MO bar Discovers. In 2014 he created the illustrations for Ted Baker's renowned Christmas window, along with 50 illustrations for an accompanying interactive campaign.

When he is not illustrationg he writes novels for young readers. He is the author of the Wednesday Tales trilogy, which has been published in over a dozen languages, and The Hidden Boy, both from Harper Collins. His novel The Palace of Laughter was shortlisted for the Bisto Book Award.

Jon's illustration work has been recognised by Creative Quarterly, the Society of News Design, Communication Arts, 3x3, The 4As, ICAD, IGI and the AOI/Directory of Illustration.

Jon's solo show 'About Face' opened the Irish - Catalan festival in 2014. He was an invited illustrator at Portfolio Night 9 in Dublin, a speaker at the XXVIII Jornades Professionals de il.lustració in Barcelona and a guest author at the Hong Kong Young Readers' festival 2015.